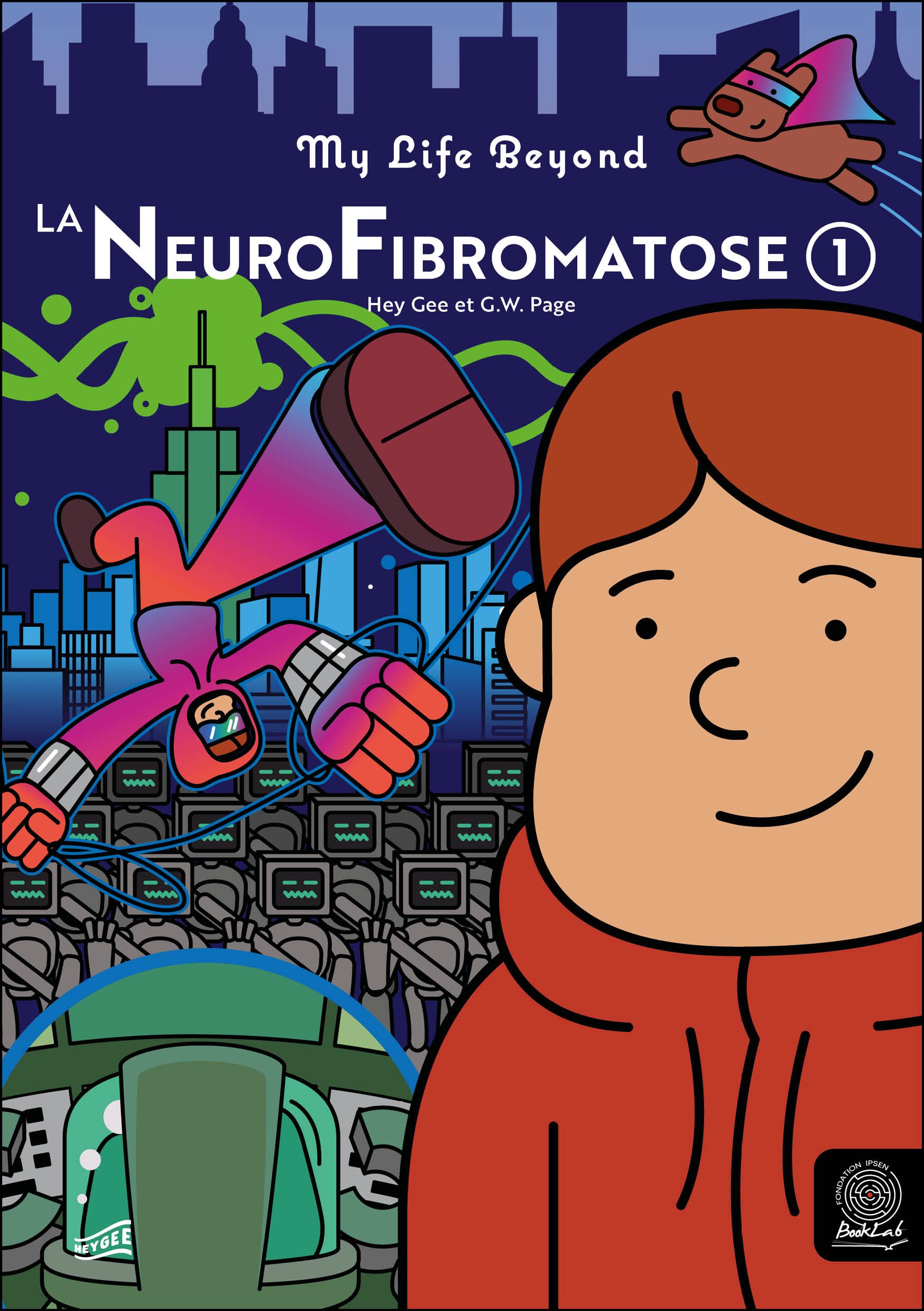 By Hey Gee (with the collaboration of G.W. Page)

Leo has a genetic disease called neurofibromatosis 1 (NF1), but it doesn’t keep him from fun activities. He also happens to have hidden superpowers — which come in handy when suddenly, the T. rex comes to life! Soon other strange events around the city put people in danger. Can Leo and his superhero dog, Clark, find the source of the attacks?

Find out why Leo is the perfect superhero for this adventure as he focuses on life beyond neurofibromatosis.

Hey Gee is a French and American author and illustrator. He began his career in 1998 in Paris, France. He also spent a few decades exploring the world of street art and graffiti in different European capitals. After moving to New York in 2008, he worked with many companies and brands, developing a reputation in graphic design and illustration for his distinctive style of translating complex ideas into simple and timeless visual stories. He is also the owner and creative director of Hey Gee Studio, a full-service creative agency based in New York City.

G.W. Page was diagnosed with a rare genetic condition called neurofibromatosis (NF) as a baby. Now at age 10, G.W. has an extensive team of doctors who routinely monitor him for new tumors or other NF-related problems, which can be very unpredictable. With his positive outlook and fierce courage, even as the youngest of his siblings, he sets a big example for his family about choosing how to react when things go wrong or when they are afraid. He loves playing sports, creating art, fishing, fantasy football, cooking with his dad, and being a goofball with his big sisters. When he grows up, G.W. hopes to become a professional sports analyst.